Jay and Valerie moved to Guatemala in August 2008
They are directing and supporting the orphanage, House of Destiny.
They are still helping ministries throughout Guatemala and the and the parts of the world but they are now based in Guatemala to better serve the area.

About the House of Destiny~ Casa Del Destino ~

Through the vision of several pastors in Florida, Mississippi and California, Casa del Destino was founded in 2007. Casa del Destino is supported through the efforts of several founding churches and ministries and Going Into All the World Ministries.  House of Destiny has cared for over 25 children in it’s first 9  years and has had several children adopt to Guatemalan parents and several reunited with their natural parents. At House of Destiny we strive to teach and show the children the love of God and raise them in a Godly way.  Casa del Destino is a legal corporation, recognized by the government of Guatemala. If you would like to help House of Destiny please use the PayPal button on the right.

Support Going Into All the World Ministries 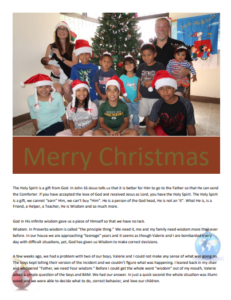